Synonymous with the magical Taj Mahal, the beautiful city of Agra is pretty high on every traveler’s bucket list. Although the spotlight shines brilliantly on the Taj Mahal as one of the Seven Wonders of the World, Agra is home to home to various splendid monuments bearing testimony to the glorious Mughal Empire in India.
A major vortex on the much famed Golden Triangle Tour of India, walking through the lanes of Agra is like turning  pages of history; where its architecture, culture and cuisine is reminiscent of the splendor of the Mughals.

Built by Emperor Akbar as a military structure and embellished by Shah Jahan with elegant palaces and mosques, this magnificent monument depicts the glorious tales of the Mughals. The fort later became a prison for Shah Jahan where he spent his last days gazing at the Taj Mahal across River Yamuna, after being dethroned by his son Aurangzeb

Built by Emperor Akbar after the birth of his son Khurram, later known as Jahangir, this rambling city built in red stone narrates tales of Mughal splendor. Ornate palaces, colossal Buland Darwaza, elegant mosques and beautiful gardens & tanks mark this gorgeous fort-city near Agra. The city, however, was deserted within 15 years due to water scarcity in the area and now stands as a forgotten place where you may come across ghosts of Mughal grandeur.

Sikandra- Fort and the Tomb

An elegant monument in marble & red sandstone, Sikandra fort houses the final resting place of Emperor Akbar. A rectangular structure without the typical dome, Sikandra stands apart from the other Mughal tombs. An amalgamation of Rajput and Mughal architecture, Sikandra’s exquisite lattice-work, arched doorways and blooming gardens are a marvel of Mughal architecture.

Other Attractions in Agra

Miniature replicas of Taj Mahal are the most common & valued souvenir of Agra. Besides, Agra is home to a thriving marble & leather industry and you may pickup marble artifacts like bowls, vases and ornamental boxes. Embroidered leather shoes, bags, slippers, and jackets may be bought here at a good price. Haggle with all your might with the local shopkeepers to get a good bargain.

Mughal cuisine rules the platter in Agra. Kebabs, Mughalai Paranthas, and Tandoori Chicken; the non-veg delicacies here are simply mouthwatering. Do try the spicy snack Dal Moth and the sweet Petha for the complete taste of Agra.

This gorgeous city of the Mughals is best visited in the winter months from October to March.

How to Reach Agra

By Air- Indira Gandhi International Airport, Delhi is the closest international airport. However Agra has its own domestic airport.
By Rail- Agra is well-connected to the rest of the country by an extensive railway network.
By Road- A network of well-maintained highways & expressways connects Agra with all major cities in India.

Join our Golden Triangle Tour Packages and experience the romance of Agra. Do reach us to help organize customized tour packages for you and your family to experience the incredible India. 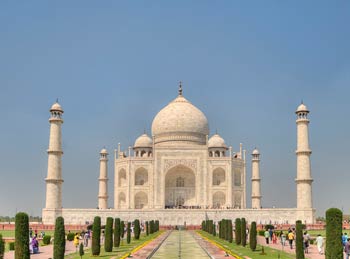 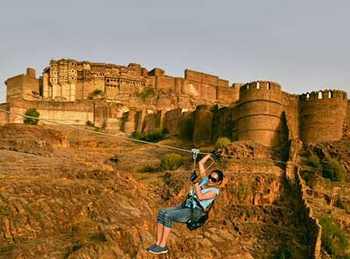 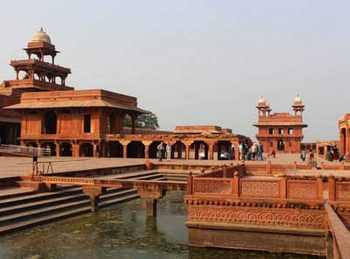 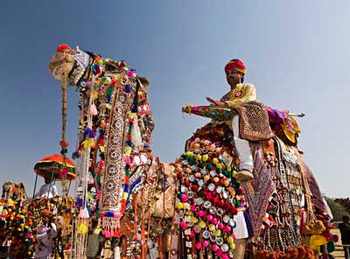